Interesting Answers
Home Government How many ‘United States Capitol Police’ officers are there? 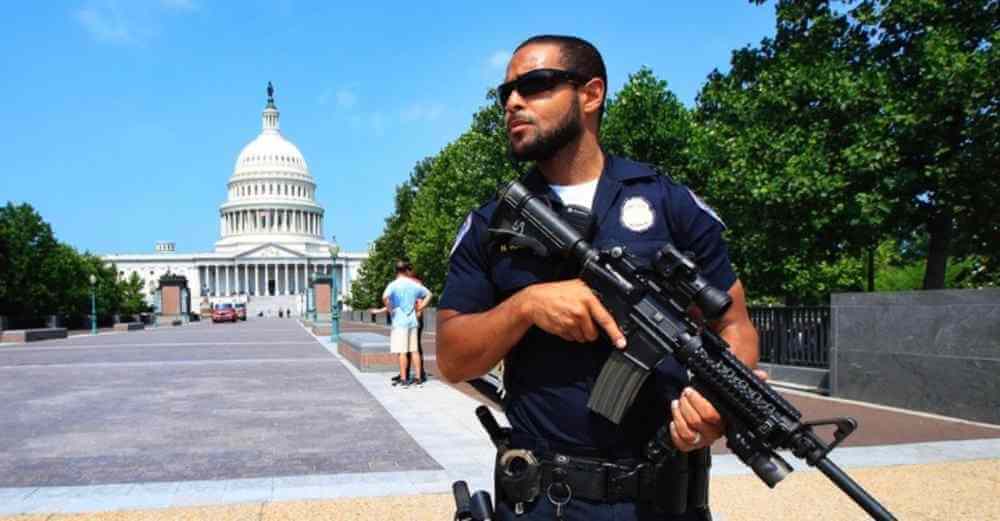 The United States Capitol Police (USCP) is comprised of over 1,500 police officers and 400 civilian administrative/operational employees. The USCP has an annual budget of approximately $450 million.

The USCP is tasked with protecting Congress, its members, and its visitors so constitutional and legislative responsibilities can be conducted in a secure and open environment. It has exclusive jurisdiction within all buildings on the Capitol Complex, an area of approximately 200 blocks around the complex, as well as the Library of Congress. The USCP has concurrent jurisdiction with other law enforcement agencies, including the Metropolitan Police Department of the District of Columbia (Washington D.C.) and the United States Park Police. USCP officers have authority within Washington D.C. to take law enforcement action if they observe a crime or are made aware of one. While performing protective duties, USCP officers have jurisdiction throughout the entire United States.

The USCP dates back to 1800 when Congress moved from Philadelphia to Washington, D.C. A single officer, John Golding, was hired to protect the Capitol Building. After a number of incidents occurring in 1827 that could have been prevented with sufficient manpower, including his son being attacked, President John Quincy Adams asked that a full-time Capitol Police force be established.

In 1828, Congress passed an act that expanded the police regulations of the “City of Washington” to include the Capitol Complex. This act brought the responsibility of policing the U.S. Capitol under the direction of the presiding officer of the House and Senate. This new force consisted of a captain and three officers who worked fifteen-hour shifts when Congress was in session and ten-hour shifts during other times. This was the official founding of the USCP.

The USCP expanded its force from approximately 800 police officers to more than 1,700 after the 2001 terrorist attacks and the merger with the Library of Congress Police.