Interesting Answers
Home Technology Is there, or will there be, internet access on Mars?

There currently is no internet access on Mars unless it exists as part of a classified government program. All NASA Mars rovers, landers, etc. communicate with Earth using the Deep Space Network (DSN), which also has no internet connectivity as far as we know.

Eventually, there will be internet access on Mars, but it will be extremely slow unless websites are cloned/mirrored onto servers located closer to the red planet.

Based on our current scientific understanding, nothing can travel faster than the speed of light, which is approximately 186,000 miles per second (299,792 km per second). This includes internet traffic. Due to this limitation, there is only so much technology will be able to do to help out with here.

Two key attributes that all forms of communication in our universe have are speed and latency. The rate at which data can travel between Earth and Mars has the potential to go just as fast (speed) or as slow (speed) as it does here on Earth. The slowness will be caused by how long the data takes to go between Earth and Mars (latency). For example, a flight from London to New York traveling at 500 MPH will take longer than a fight going from Texas to Louisiana also traveling at 500 MPH due to the difference in the distances even though they are traveling at the exact same speed. These latency issues also exist on Earth, but we don’t notice them because the differences are in milliseconds rather than seconds and minutes.

You’ve probably seen that awkward delay when people on cable news shows are interviewed on “via satellite.” That delay is caused by how long it takes the video signal to travel to the news satellite in Low Earth Orbit and down to the news stations satellite dish on Earth. Keep in mind, Low Earth Orbit is only about 1,200 miles (2,000 kilometers) from Earth. Mars is significantly further.

We can relate to the Moon a lot better than Mars because we’ve seen videos of astronauts on the Moon and we know they can communicate with NASA, so let me briefly explain what’s going on there.

The Moon is about 240,000 miles from Earth, so that means it takes light (on average) 1.3 seconds to travel from Earth to the Moon. However, visiting a web page (or chatting, using apps, streaming video, etc.) is a two-way conversation so the fastest a web page could load from the Moon would be about 2.6 seconds (1.3 seconds x 2), and this is the absolute best case scenario and not very realistic. Many other factors would come into such as internet traffic congestion, satellite positioning, signal loss, interference, etc. I have no data to back this up, but I would think a more realistic loading time for a web page would be 10 to 20 seconds. To put this into perspective, the International Space Station (ISS) is 245 miles (400 kilometers) away from Earth and those who have stayed there say the internet connection is pretty lousy.

Now, I did say average. This is because orbits aren’t perfect circles; they’re ellipses. The minimum distance between Earth and Mars is about 35 million miles (55 million kilometers), and the maximum distance is approximately 250 million miles (400 million kilometers). So, the average distance between Earth and Mars is about 140 million miles, which means Mars is about 538 times further away from Earth than the Moon is. So, the average time it would take to load a web page on Mars under (unrealistic) ideal conditions would be about 25 minutes. This loading time could decrease to under 10 minutes or increase to over an hour depending on how close the planets are to each other at any given time.

You could theoretically stream a Netflix movie or YouTube video from Mars, but you would still face the same long wait after you clicked the play button. Once the signal reached you though, it should stream at about the same quality as it does here on Earth.

WiFi doesn’t apply here for reasons that are too technical for this post, but even if a WiFi signal could travel millions of miles, it still has the same ‘speed of light’ limitation.

One way to help future Mars citizens to a speedier internet would be to configure web servers on Mars to clone (copy) websites from Earth’s web servers every few hours. Mars citizens would then visit their favorite websites using the cloned/mirrored copies housed on a server somewhere on Mars rather than having to connect all the way back to Earth. If you don’t need real-time information, you shouldn’t notice much of a difference.

If you ever want to determine how fast the internet will be at any place in space, you need to determine how far that place is from Earth first. For example, Saturn is about 750 million miles (1.2 billion kilometers ) from Earth, so the fastest you could load a web page on Saturn would be around 2 hours. That is until we find a way for things to travel faster than the speed of light, of course. 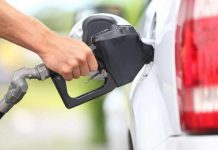 Should I top off my gas tank after the pump handle clicks? 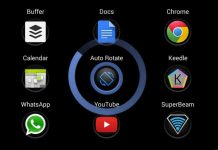 Does screen auto-rotation work on mobile devices in outer space? 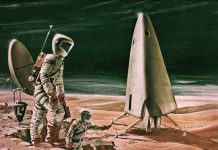 How long will it take to fly to Mars?