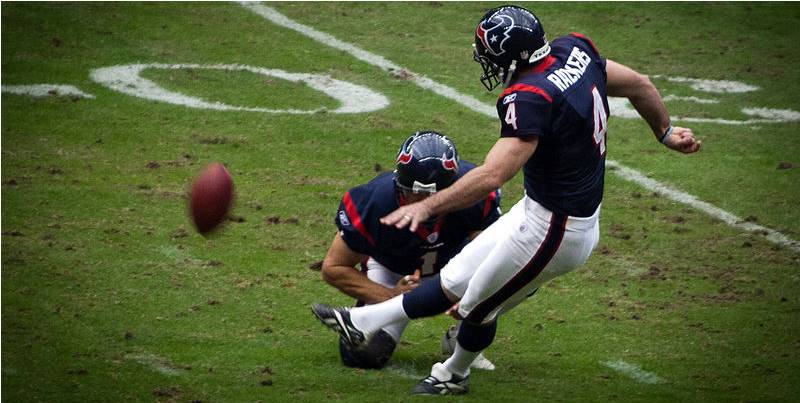 A bunch of smart people researched this and found out that icing the kicker in the NFL does not make a statistically significant difference in the outcome of pressure field goal attempts one way or the other.

In the sport of American football, the act of icing the kicker or freezing the kicker is a tactic employed by the defending team in an effort to disrupt the process of kicking a field goal just prior to the snap. Typically, either a player or a coach on the defending team will call a timeout just as the kicker is about to attempt a game-tying or game-winning field goal. This is intended to either stop the kick immediately as the kicker is mentally prepared or allow for the kicker to kick immediately after the timeout so that the initial kick does not count, in an attempt to mentally disrupt the kicker for the actual kick. If the tactic is successful, the kicker has been effectively “iced.” Should the kicker make the subsequent kick, then the attempt to ice the kicker is considered unsuccessful.

Makes sense, doesn’t it? The coach can “ice” the kicker — mess with his mind, throw off his routine, make him stand around like an awkward guy at a cocktail party for all the world to see. But does it work?

The short answer is not in the NFL, it doesn’t. In the book Scorecasting, the authors make the most compelling evidence to date on the subject. They analyzed “pressure” kicks from the years 2001 through 2009 while controlling for the distance of the attempted field-goal. They found that icing the kicker doesn’t produce the desired effect, and in some cases it even backfires.