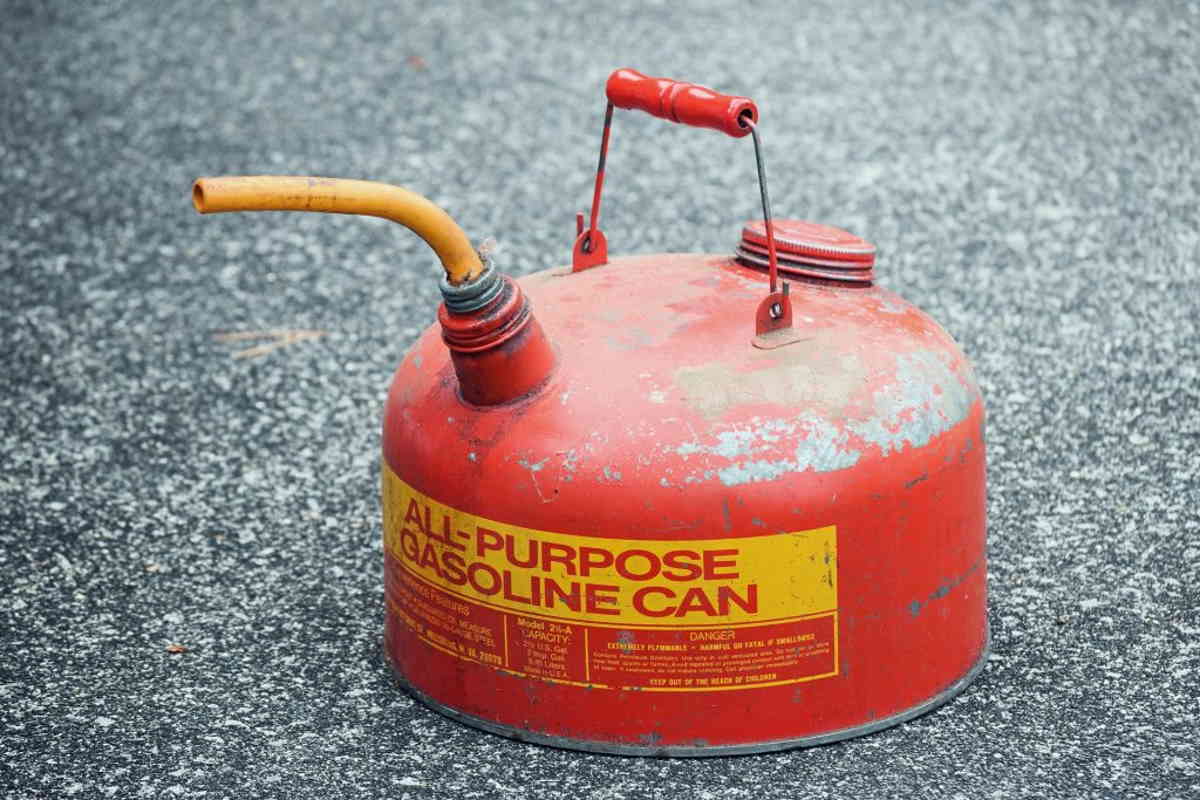 Gasoline (gas), also called petrol in the U.K, degrades over time which can lead to problems ranging from engines having difficulty starting or not even starting at all. Answering how long it takes for gas to go bad is a bit more difficult to answer.

When this question popped into my head, my initial thought was if crude oil can last millions of years under the ground, why does gas ever go bad above the ground?

Here’s what I found out.

Gas is mostly a mixture of hydrogen and carbon atoms bonded together, forming something called a hydrocarbon. During the refining process, impurities are removed and substances are added so that the gas achieves the desired octane number rating. By the time it reaches our gas tanks, it’s a very different substance from crude oil.

One characteristic of gas is volatility. Volatility is how easily and under what conditions gas vaporizes so it can be efficiently burned in an engine. The most highly volatile components in the gas evaporate over time. As this happens, the remaining fuel’s volatility and ability to combust degrades. The less volatile the gas, the less effectively it burns in an engine. This results in diminished engine performance or the engine not running at all.

The minute gas is removed from its container it begins oxidizing. As hydrocarbons react with the air, solid gummy substances begin to form. As this gummy substance builds up, it can form deposits and clog gas lines, filters, etc. These deposits can cause a car to run very poorly, or not at all until they’re removed.

Most of the gas in the U.S. is made with up to 10 percent ethanol called E10. In the Midwest, the heartland of ethanol production, ethanol can make up to 85 percent (E85) of the gas. Why ethanol is being put into gas in the first place is another question that I will address in a future post.

Anyways, ethanol is hydrophilic, meaning it bonds with water. Over time, the ethanol in your gas will start sucking in water vapor from the air and getting it into your gas, which will then get into your engine. Water and engines together are bad news.

So, how long can you safely store gas? Well, there isn’t a one size fits all answer here. There are too many variables in play such as how fresh the gas was when you put it in your vehicle, shipping conditions, how it was processed, local humidity, etc. I’ve seen people use gas that has been sitting around for years with no issue. However, it’s probably wise to play it safe and only use gas that has been stored less than a few months if at all possible.

One way is to tell if gasoline has gone bad is to eyeball it. Oxidized fuel turns darker over time and will likely have more of a sour smell to it. You can check this by pouring some of the old gas and some of the new gas in clear containers and observing them next to each other. If your old gas looks noticeably darker than the fresh gas, you should probably throw it out.

If you need to store gas for an extended period of time, store it in a cool, low-oxygen environment. Using a fuel stabilizer might also be helpful. I’ve found that fuel stabilizers are popular with “doomsday scenario” folks. I’m clearly not an expert here, so do your own research and decide what works best for you.

How is the caffeine removed from decaffeinated coffee?

Why are there so many fires in California?