Interesting Answers
Home History What is the difference between the United Kingdom, England, Great Britain, and...

I’m going to start off using high-level terms and get more specific as the post goes on. I’ll also be using the terms island, country, etc. more frequently than usual to make sure this madness makes as much sense as possible.

Use the image below to help make understanding all of this much easier: 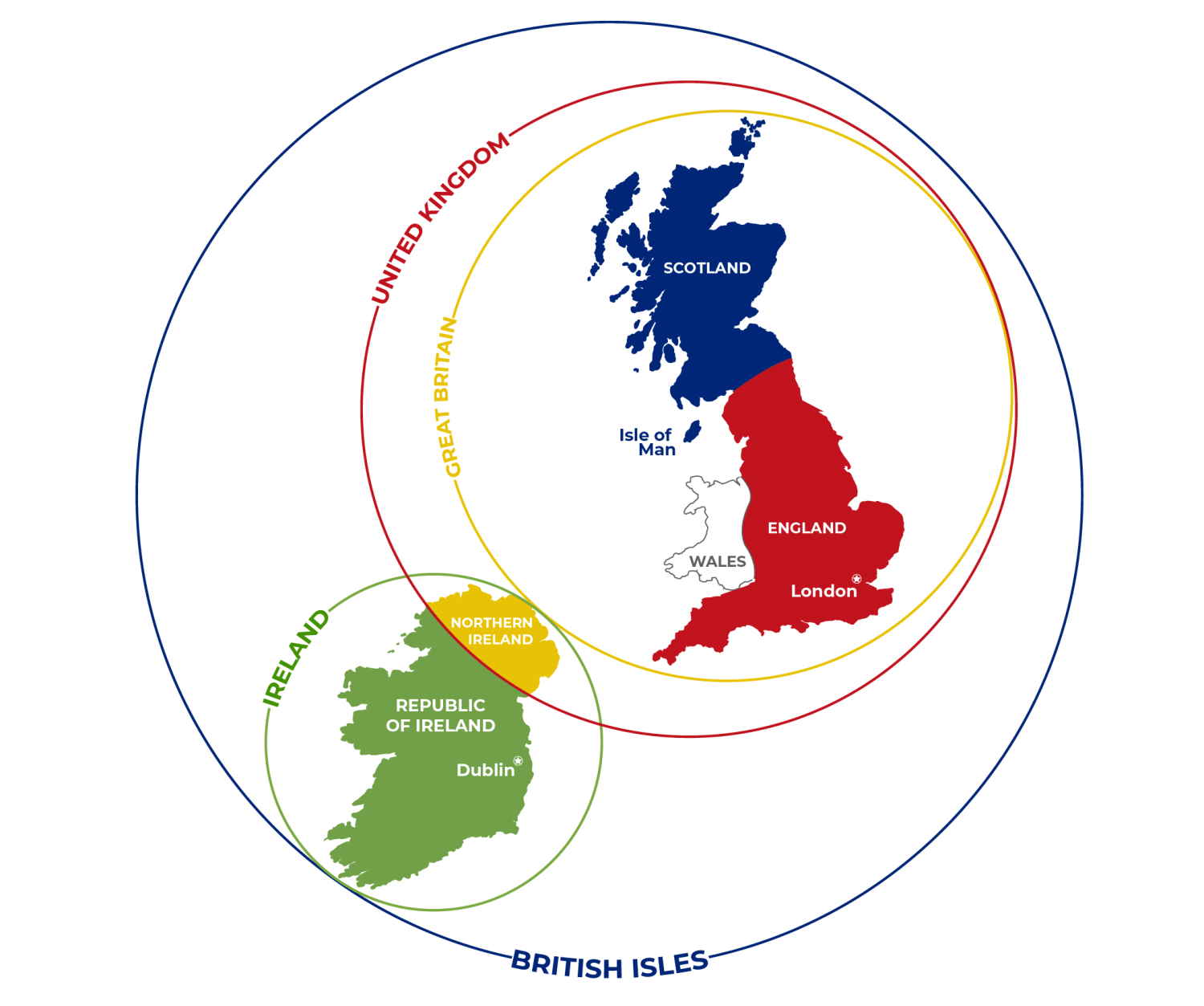 The British Isles are a group of ISLANDS off the northwest coast of Europe. It includes the ISLAND of Great Britain, the ISLAND of Ireland, and over six thousand smaller isles including the Isle of Man and Guernsey, etc. The Isle of Man and Gurnsey are two of the U.K.’s Crown dependencies. People in the country of the Republic of Ireland instead refer to this archipelago as the British-Irish Isles.

Great Britain is not a country, it’s an ISLAND. It’s the largest island in the British Isles. The countries of England, Scotland, and Wales make up the entirety of the island of Great Britain. These countries make up 3/4ths of the sovereign state known as the United Kingdom (U.K.).

England is the largest COUNTRY in the sovereign state of the U.K by population and landmass and is located on the island of Great Britain. Its capital city of London is also the capital of the U.K.

THE REPUBLIC OF IRELAND

The Republic of Ireland (or just Ireland) is an independent COUNTRY located on the island of Ireland. It is not part of the U.K., although it once was. It shares its northern border with the country of Northern Ireland.

Britain has referred to different areas over time. It’s now often used interchangeably with Great Britain, although this is not technically correct. The name Britain goes back to the Roman Empire era when this area was referred to as Britannia.