Interesting Answers
Home History Why are there swirling red, white, and blue poles outside of barbershops? 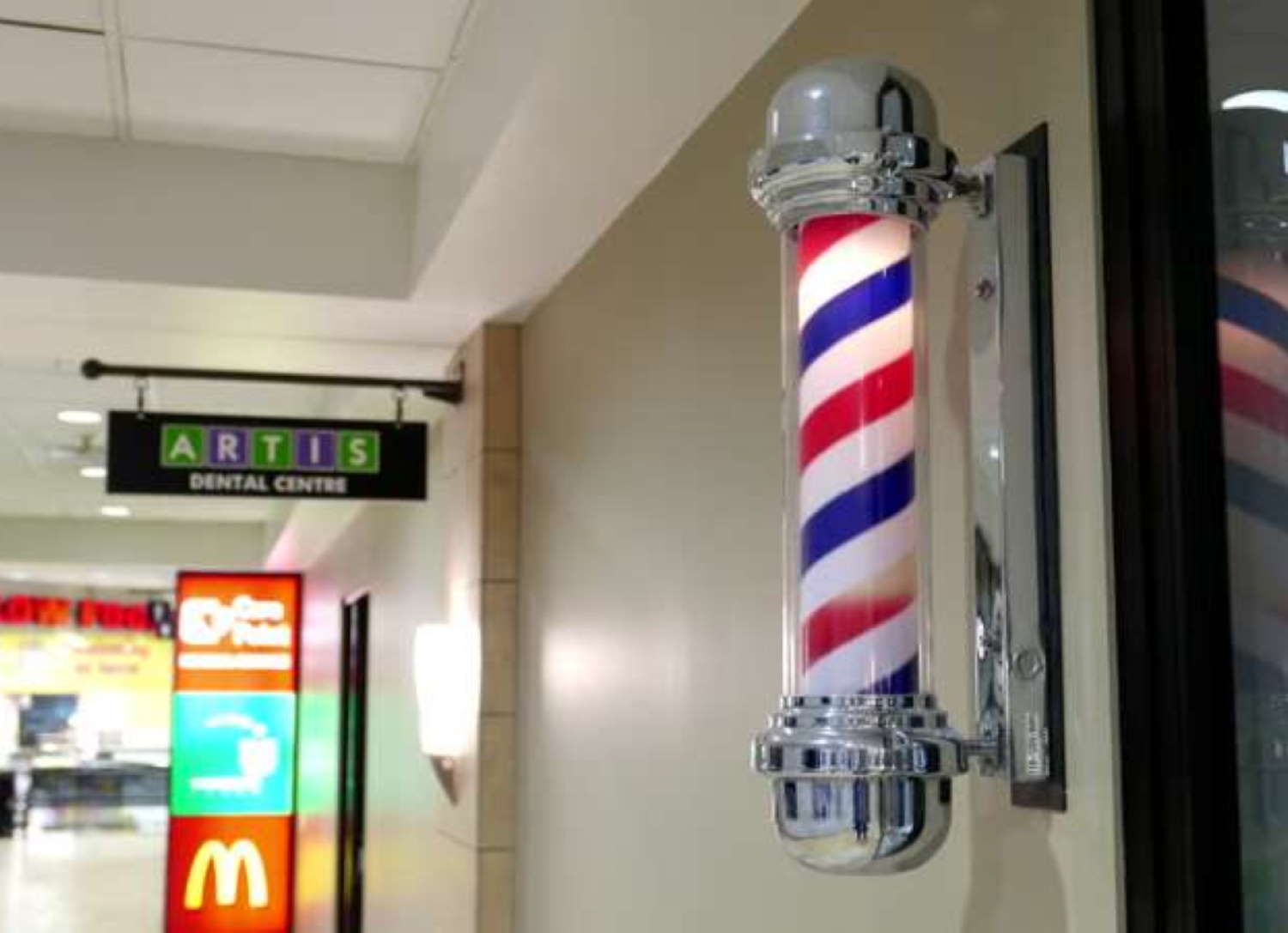 The red, white, and blue on the barber pole represent blood, bandages, and veins respectively. This odd representation has its origins in the Bronze age.

Early Barber-surgeons would commonly use a staff, a basin, and white bandages during their procedures. Patients would grab onto the staff, causing their veins to stand out. The basin and bandages were used to catch and clean up the excess blood.

When not in use, the staff would be placed outside with the bandages wrapped around it so the blood could dry out. The basin was placed upside down on top of the staff. Eventually, the bloody bandages would leave red stains on the staff. On windy days, the staff would rotate around, showing a distinct red and white swirling pattern. This is the origin of the modern-day barber’s pole.

Eventually, a red, white, and blue painted pole would come to replace the staff. The red representing the blood, the white the bandages, and the blue the protruding veins. Over time, barbers began to focus solely on haircuts and shaves. However, to maintain the symbol that people had grown accustomed to, the red, white, and blue barber-surgeon pole remained and is still used to this day to globally identify barbershops.