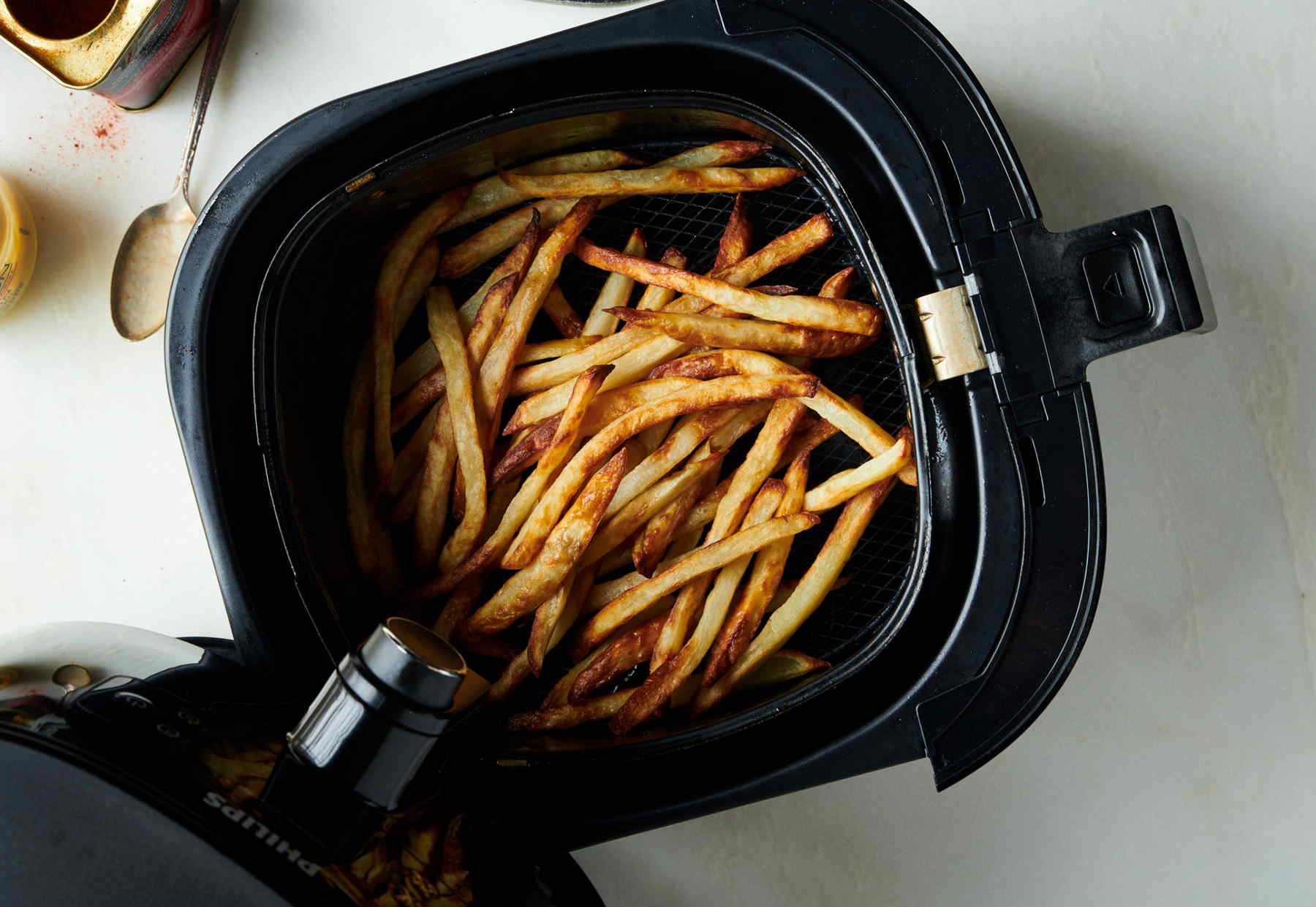 Air fryers work by circulating very hot air over the food continuously until the outer layer becomes cooked to a degree of crispiness, similar to conventional ovens or deep fryers. Because of this fast-moving hot air, unlike traditional deep frying fried foods, air fryers do not require foods to be submerged in oil for them to cook properly.

Philips, one of the world’s largest electronics companies, first introduced the air fryer to the world in 2010. Despite being referred to as fryers, air fryers do not actually fry food. Instead, a built-in mechanism creates heat and a fan blows the hot air all around the food. The air then circulates back to the top and the process starts over again. Because the hot air touches all parts of the food, it cooks quicker and more thoroughly than many conventional ovens.

After asking how air fryers work, most people then ask if air fryers are healthy. That’s a sensible follow-up question. Air fryers are certainly a healthier alternative to deep fried foods. Because they use far less oil, the foods they cook contain fewer calories and less fat, and they are overall much healthier.

Foods that are ideal for air fryers include pre-breaded foods, such as breaded chicken, or highly starchy foods, such as French fries. They can also cook pretty much any dough-based food, including pizza, cookies, and donuts. But there are also several types of foods that cannot be cooked in air fryers—cheese and wet-battered foods being two of the most common. Cheese would simply melt and the wet batter would drip from the food, making a mess and keeping the foods from frying as expected.

1. Healthline.com – Is Cooking With an Air Fryer Healthy?
2. WIRED.com – Are Air Fryers Worth It?
3. CNET.com – 15 unexpected air fryer recipes you have to try
4. NYTimes.com – You Don’t Need an Air Fryer. You Own Something Better …