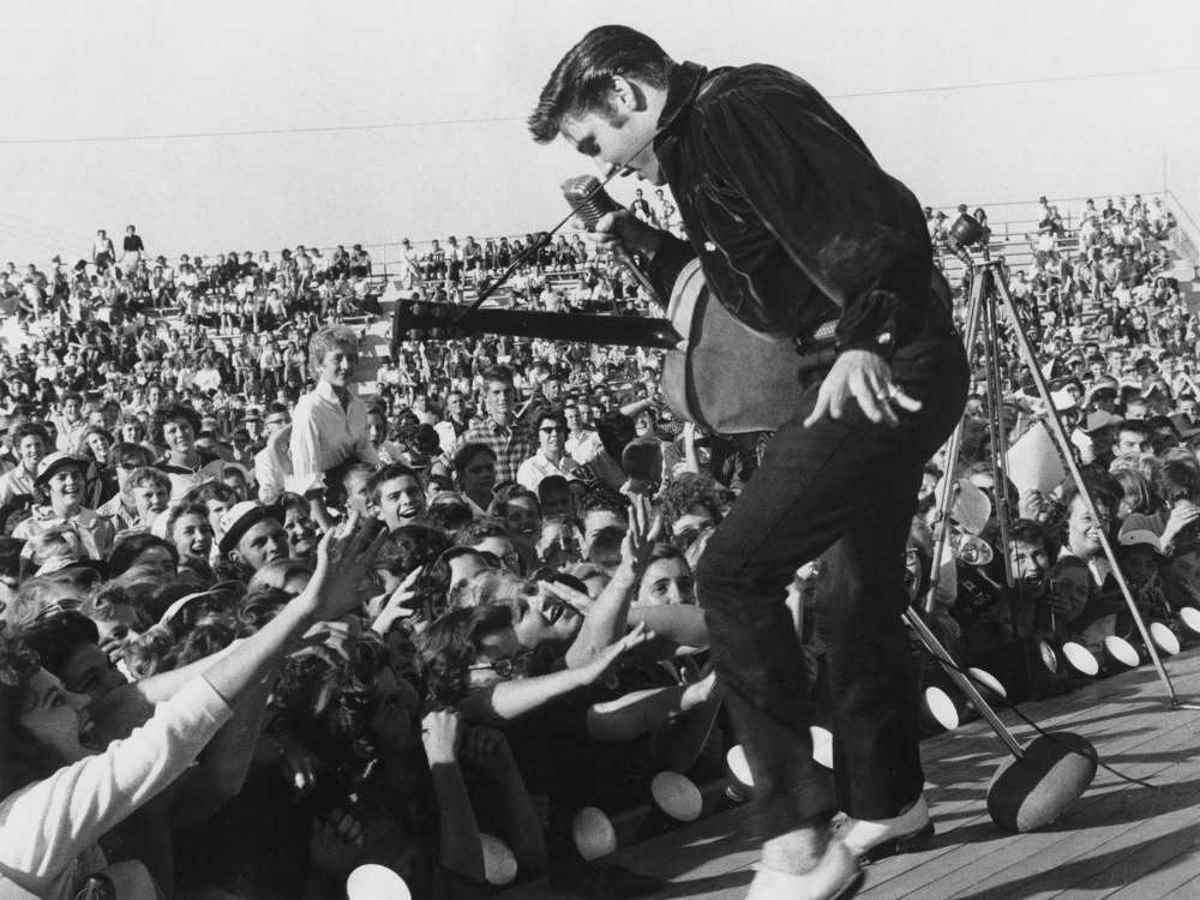 Elvis recorded around 710 songs. There is no easy way to know for sure without buying all of this albums, but it’s around 710.

If you include the soundtrack albums, Elvis had about 45 studio albums. Each record had about 12 songs on it, so that’s roughly 550 songs just off of his full-length studio albums.

Once you count in the singles, holiday songs, live albums, covers, etc., you get to that 710 number.

It’s estimated that Elvis sold over one billion records worldwide during his career. In America alone, he had at least 150 different albums and singles that were certified gold, platinum, or multi-platinum by the Recording Industry Association of America.

Elvis had at least 149 songs appear on Billboard’s Hot 100 Pop Chart in America. Of those, 114 made the top forty, 40 made the top ten, and 18 made it to number one. His number one singles spent 80 weeks at the top spot. Over 90 of his records reached the charts, with 10 of them reaching the number one.

These statistics are only for the pop charts in America. He also had dozens of international, country, R&B, and gospel hits.